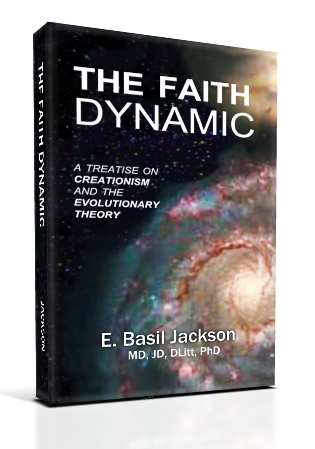 The Faith Dynamic:
A Treatise on Creationism and Evolutionary Theory

Dr. Basil Jackson considers Creationism, Naturalism, the Evolutionary Theory, Intelligent Design, and Theistic Evolution and in each focuses on the role of the commitment of faith. The conclusion is that while science, particularly the evolutionary theory, and religion share many features and characteristics in common, it is clear that a faith plays an important role in both science and religion. The author argues that science, and in particular the theory of evolution, is dependent on a faith commitment and investigates the role of faith as it relates to both science and religion. The value of the research is that it addresses the presuppositions and assumptions of the evolutionary theory and analyzes the implications for Christian theology, without engaging in apology or criticism of either subject.