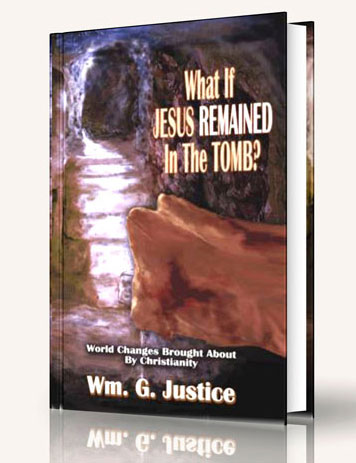 What if Jesus Remained in the Tomb?

A big question of history "What if Jesus remained in the tomb?" is answered. This book describes more than fifty specific social and political improvements brought about by the influence of Christianity. Through the years, Christianity has not only pointed society to the meaning of Life, it has influenced every aspect of living; from education and democracy to the very themes written into the Constitution of the United States. The followers of Jesus were transformed before the crucifixion, but real change began after He emerged from the tomb.